The Crisis of the Naval War 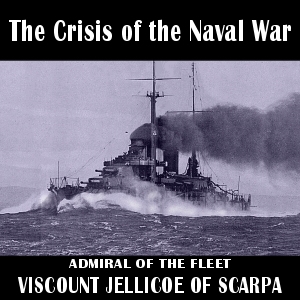 1917 was a terrible time for the British Navy and Mercantile marine. The German adoption of unrestricted submarine warfare was sinking British and Empire shipping at an unsustainable rate, hundreds of thousands of tons were being sunk each month.

It was necessary for the war-fighting techniques and the organisation at the Admiralty to change to meet this new threat. In this book Viscount Jellicoe relates details of his time in charge of the worlds largest Naval force and its attempts to battle the submarine menace.

This is an unabridged reading.