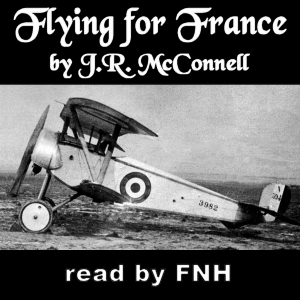 This is a complete and unabridged MP3 audio book (talking book) covering the war time activities of  THE American Escadrille.  During World War I, before America entered the war, many Americans volunteered to fight for the French.

These valiant volunteers fought in all the arms of the French military sevices and not least, in the air.  Formed into air units of their own these Amercans trained, fought and died together, fighting for freedom and liberty.

This audio book was written by one of these volunteer fighters.  As well as this first person narrative describes the training and the combat, the latter chapters include letters written by and between the pilots.

Length 2 hours 14 minutes. Listen to a sample
This audiobook is available for £1.99 from these three locations.

Posted by Felbrigg at 05:43 No comments: