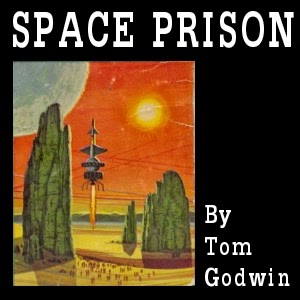 The sound came swiftly nearer, rising in pitch and swelling in volume. Then it broke through the clouds, tall and black and beautifully deadly, the Gern battle cruiser, come to seek them out and destroy them. Humbolt dropped inside the stockade, exulting. For two hundred years his people had been waiting for the chance to fight the mighty Gern Empire with bows and arrows against blasters and bombs!

Posted by Felbrigg at 10:58 No comments: 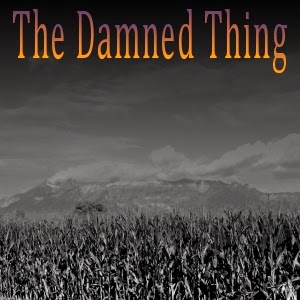 The horribly mutilated body of a man lies upon a table in the cabin. Eight serious men sit by the light of a flicker candle to investigate the cause of his death. Was it a mundane wild animal attack as they hope, or was something more sinister and supernatural involved?

Posted by Felbrigg at 10:13 No comments:

The Military Adventures of Charles O'Neil 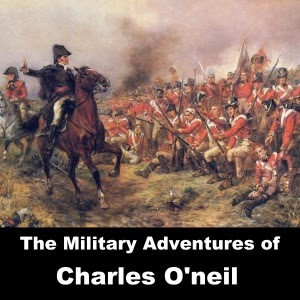 FNH audio presents an unabridged reading of the military memoir of Charles O'Neil. There have been many military memoirs from the Napoleonic wars, and most of them belonging to high ranking officers. This memoir differs in that it belong to the humblest of soldiers, a man from the ranks of a standard infantry regiment. Follow along as Charles relates how he joined the army, then ran away narrowly avoiding being flogged for desertion.

Posted by Felbrigg at 07:47 No comments:

A Visit to Three Fronts 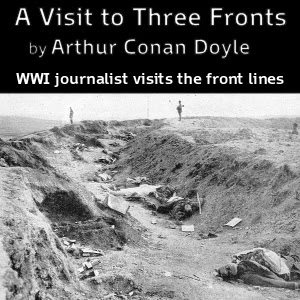 Written in 1916 during the peak of the first world war this book follows Mr Doyle as he visits first the British, Italian and finally the French sectors of the front. He meets with everyone from the highest national generals to the lowliest of front line troopers.

Although a work that can be classified as mid-war propaganda, it does offer some very interesting insights into the British mindset at this time of the war. The text reveals that the Italians were at this point of the war on the back foot and under pressure from the British public to perform better. It's also fascinating to realise that the British "stiff upper lip" was alive and well as shown when the author feels that he shouldn't show any emotion in front of foreigners. It also includes an interesting anecdote where a French general seems to think Sherlock Holmes is a real person.

Posted by Felbrigg at 10:09 No comments: