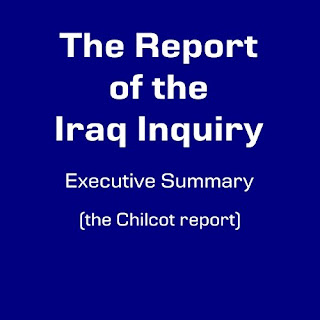 In 2003, for the first time since the Second World War, the United Kingdom took part in an opposed invasion and full-scale occupation of a sovereign state - Iraq.

Cabinet decided on 17th March to join the US-led invasion of Iraq, assuming there was no last-minute capitulation by Saddam Hussein. That decision was ratified by Parliament the next day and implemented the night after that.

In June 2009, Prime Minister Gordon Brown ordered an Inquiry to be conducted to identify lessons that could be learned from the Iraq conflict. The inquiry was to not only look at the conflict and post-conflict phases, but additionally it was to inquire into the decision to carry out the invasion and the intelligence that led to that decision.

This audiobook is an unabridged reading of that report's executive summary.

Available from Audible
Posted by Felbrigg at 03:48